Most likely, you’re familiar with the terms boilers, furnaces, heat pumps, and air conditioners, or at most, you’ve heard about them. A variable refrigerant flow system is a concept that’s completely unfamiliar to many, but your house might be not using it. They are efficient, powerful customized, and efficient cooling and heating systems that offer a rapid increase in return. If you’re looking to learn how to make the most of VRF System technology and how you can profit from it, continue by reading this blog.

What exactly are VRF systems?

The most straightforward explanation for VRF is to think of VRF as a massive HVAC system that operates in a high capacity. The exact design of the VRF system differs based on its application. The general rule is that VRF technologies provide the possibility of several indoor units or zones to be operated on the same network.

Variable refrigerant flow (VRF) Also known in the form of variable refrigerant volumes (VRV) is an HVAC technology developed in 1982. Similar to mini-splits with ductless VRFs utilize refrigerant as a cooling and heating medium. This refrigerant can be controlled by a single or multiple condensing units (which could be outside or indoors, water – or air-cooled) and then circulated throughout the building to various indoor units. VRF systems, as opposed to traditional chiller-based systems, permit different levels of cooling in only certain areas, thus reducing energy use.

VRFs are usually fitted with an inverter for air conditioners that includes a DC Inverter on the compressor to allow for variable motor speed and, consequently, variable refrigerant flow instead of simply enabling or off operation. Because they operate at different rates, VRF units work only at the speed required, allowing to make substantial savings in energy consumption at the load.

The technology of heat recovery allows each indoor unit to cool or heat depending on the requirements while the compressor’s load benefit from the internal heat recuperation. Up to 55% energy savings can be expected over comparable units. This can also result in better control of the building’s inside temperatures by its residents.

VRFs come in two different designs including three pipes and two pipe systems. When using a heat pump, in a two-pipe system, all zones have to be in cooling or heating. Heating Recovery (HR) Systems are able to simultaneously heat specific zones while cooling others. This is typically done with the use of three pipes. In this instance, the heat that is extracted from the zones that require cooling is then utilized in zones that require heating.

This is because the heating system functions as a condenser and supplying sub-cooled liquid back to the pipeline that is utilized for cooling. Although the heat recovery system is more expensive in the beginning, however, it provides more efficient zoned control of the thermal energy of the building and in general, higher efficiency. In VRF systems with heat recovery, it is possible that some of the indoor units might be operating in cooling mode while others are heating and thereby reducing energy usage.

If the coefficient of performance in the cooling mode of a system is 3, and that of heating performance is 4, the performance of heat recovery could reach higher than 7. Although it is unlikely this level of heating and cooling demand is common during the year, efficiency can be dramatically enhanced when this scenario occurs.

VRF systems utilize the use of heat exchangers or heat recuperation systems in order to supply powerful cooling and heating to both outdoor and indoor units, without the need for air ducts. With the use of a VRF installation, your home will be equipped with several indoor units that are utilizing one outdoor condensing unit, whether using a heat pump or heat recovery.

Technology that is behind VRF systems is extremely complex however, they are thought of as a redesigned version of mini-splits that are ductless. VRF systems utilize the heat-recovery system or pump to supply efficient cooling and heating for both outdoor and indoor units without the need for air ducts.

If you have the VRF technology, your home has several indoor units that are utilized by an outdoor condensing system, which is either equipped with a heat pump or heating recovery system. The major distinction between them is the fact that the latter is able to offer cooling and heating simultaneously. The outdoor unit comes with compressors that are driven by inverters meaning that their speed is influenced by how much power is supplied.

The advantages of a VRF:

With the ability to customize heating and cooling in standard HVAC systems, you’ll discover that there are only two options: to turn them off or on. Variable refrigerant flow VRF conditioning is able to provide cooling and heating to different areas in a building at the same time and the users can alter the temperatures.

A flexible design item is available in many sizes and types and shapes, so it’s able to be used for any purpose. You can get slim and sleek equipment which is why if you’re in a small space, this may be a great option.

The system runs at a lower volume VRF systems are silent and won’t disturb those in the building while it’s running, unlike the older HVAC systems.

Installation is simple – As the units are usually small and weigh fewer devices with ducts, installation is simple! There is no need to hire large cranes to do rooftop placements because the majority of them can be tucked away into elevators that serve as service elevators.

Energy-efficient – These systems are 30% or more efficient than traditional HVAC systems. They can save you money due to the different compressor speeds and only delivering the necessary temperature. In addition, there is no loss of energy through ductwork because it does not require any. 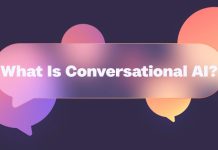 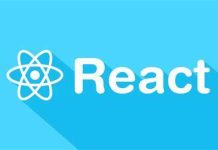 React Best Practices for Developers to Follow In this Year 2023 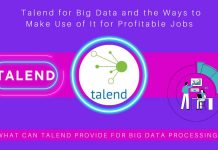 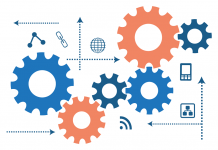 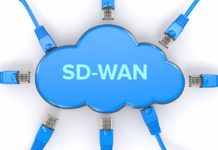 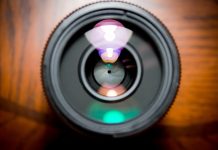